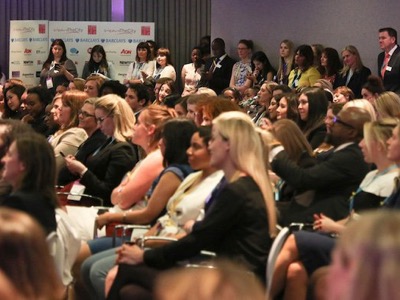 On 17 May 2016, WeAreTheCity held the Rising Stars Shortlist event.

Held at Bloomberg, London, the event brought together those shortlisted across 21 categories, judges, previous winners and speakers including BBC Radio 4’s Jane Garvey and leader of the Women’s Equality Party, Sophie Walker.

We would like to thank Bloomberg and their staff for their support and hospitality as well as our judges, sponsors and guests for making the evening a truly remarkable celebration of women and their achievements.

Winners of the 2016 Rising Star awards will be published on 6 June.

You can still vote for your shortlisted Rising Star here

The auditorium of guests

Networking and connecting with Mia Vallely and Andrew Kingston