Women who are sexually harassed in the workplace will now be allowed to challenge the report of an in-house probe committee before its final verdict, in case it does not contain suitable charges against the suspect.

New rules announced from the Personnel Ministry mean that the Disciplinary Authority have to consider a victim’s argument before any verdict is given. This argument will be deemed as an appeal under the relevant provision of Harassment of Women at Workplace (Prevention, Prohibition and Redressal) Act, 2013.

In cases of harassment where a complaint committee has not suggested any action against a suspected employee, the Disciplinary Authority will have to supply a copy of the committee’s report to the victim.

The new rules have been introduced with the hope of improving the level of power that victims of sexual harassment have.

A senior Personnel Ministry official said, “With the new measure, a victim need not to go for appeal to tribunal or court challenging the final verdict instead she will get an opportunity to file an appeal against the decision (which is not favourable to he) by the committee.”

Currently, any victim of sexual harassment has to appeal a decision in a tribunal or court against a final verdict only.

According to the Sexual Harassment of Women at Workplace (Prevention, Prohibition and Redressal) Act, 2013, sexual harassment is defined as; physical contact and advances; a demand or request for sexual favours; making sexually coloured remarks; showing pornography; and any other unwelcome physical, verbal or non-verbal conduct of sexual nature.

The India Diaries Brings To You: The Different Shades of India 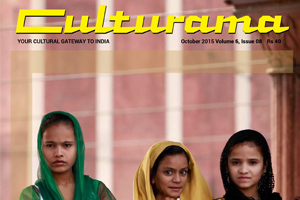