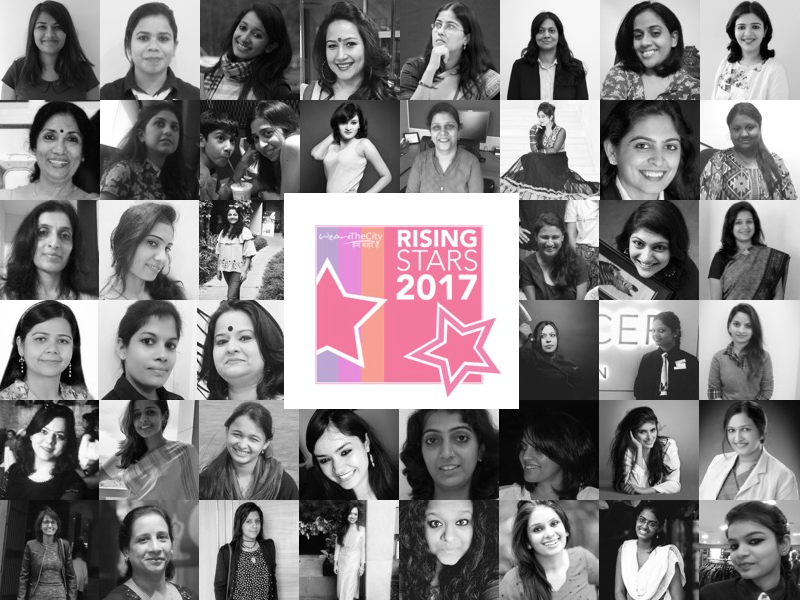 We are extremely proud to announce our winners for WeAreTheCity India’s Top 50 Rising Star Awards 2017.

The 50 winners showcases remarkable talent across India from a wide variety of industries and includes individuals from leading firms such as BlackRock, EY, Barclays and Marks and Spencer alongside founders of NGO’s, Charity workers and business owners.

The awards also celebrate our five Champions, all of which have been championing gender equality inside and outside of their organisations. We are also proud to announce the winner of our public vote.

The awards, sponsored by Barclays, will now be celebrated on 14 November 2017 at an awards ceremony in Mumbai for winners, guests and sponsors.

In June 2016, WeAreTheCity India, with the support of Barclays, announced that it was launching the Rising Star Awards in India to recognise the achievements of the Indian female talent pipeline.

“Barclays are delighted to be associated with the WeAreTheCity India Rising Stars Awards. My personal congratulations to everyone who was nominated and to the winners of this year’s awards. I would like to specifically congratulate the Rising Star Champion winners, your support, guidance and enthusiasm for the future leaders in India makes all the difference.”

Over 500 nominations were received from across India and after an extensive judging period, a shortlist of 100 women and 10 champions were published. The shortlist was then opened to a public vote to determine the public choice for their winner based on the shortlisted individuals. The shortlist was then judged again by an esteemed panel of judges who helped WeAreTheCity to identify their list of 50 Rising Star winners, five senior champions and one public vote winner.

We would like to personally thank our finalist and Champion judges: Kuku Singh; Anuranjita Kumar; Shalini Naagar; Pooja Joshi; Jo Gaglani; Natasha Sethi; and Poornima Parameswaran Batish. They all gave their valuable time to assemble our shortlist and to help WeAreTheCity India  to recognise the fantastic achievements of all of our amazing nominees.

“I am in total awe of the calibre of nominations this year and the outstanding achievements of all of our nominees. My sincere congratulations to this year’s winners, all of which have been able to demonstrate outstanding accomplishments via their professional roles or business activities. These Rising Stars are role models for their industries and professions and beacons of light for those who will follow in their footsteps, once again, a sincere well done to all of our winners.”

By highlighting the accolades of inspirational female talent and champions, WeAreTheCity India hopes to encourage organisations and business leaders to recognise and invest in women as leaders of tomorrow and individual contributors within their respective industries.

WeAreTheCity India believes it has a responsibility to ensure that female talent, regardless of age and background, receives the necessary support, encouragement and skills to transition into key decision-making roles within their organisations.

Once again, we would like to congratulate all our winners and extend a sincere thanks to everyone who supported Rising Stars during 2016.

For more details about the awards, please visit here.