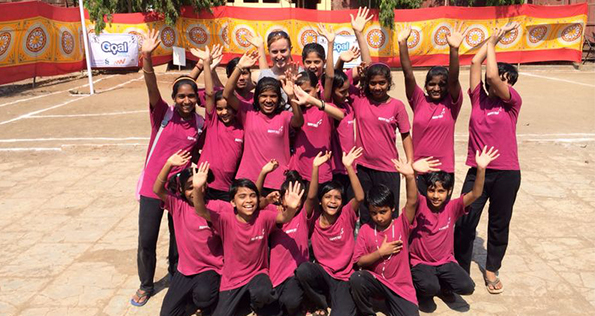 How long have you been in India?

I’ve been coming to India for three and a half years but living here for two.

The energy and the integration. There’s something a little bit Peter Pan about India particularly Bombay; people do not grow up!

I first came to India three and a half years ago for a friend’s wedding. At the time I thought I was ticking India off my list of places to visit but during those two weeks I fell in love with Mumbai. I remember being on the rooftop of the Dome Intercontinental and turning to a friend and declaring, to his very much bemused response, that I could live here. A year and a half, multiple trips back and forth, and some heavy-weight convincing to my company that they actually required me in Bombay later – I moved!

The energy and the integration. There’s something a little bit Peter Pan about India particularly Bombay; people do not grow up! Because of that you get people of all ages and cultures socialising and building connections with each other. It’s amazing the people you can meet!

I teach netball to a group of around 15 teenagers at a school for underprivileged girls at the weekend. Some connections had introduced me to a charitable netball organisation (GOAL) who were running a tournament and who invited us along. I had never seen the girls so excited as when I turned up that morning. Usually an arduous struggle to co-ordinate, they were in pairs, lined up and on the bus singing within 10 minutes. GOAL had arranged a special area for the girls to sit and cheer on the other school girls and even gave them the opportunity to play a match (they were terrified!).  By the end of the tournament they had made friends with their favourite players and were telling the organisers they would be back for the next match. We finished the day with ice cream, which some of the girls had never tasted before. Their smiles, hugs and excitement was priceless. The next week, back at the school, when they all lined up following their game to shake each other’s hands (just like they’d watched the girls at the tournament do) it was an incredibly heart-warming moment.

In the UK it’s common to socialise with colleagues after work. However, in my company in India, it’s very rare as most colleagues stay far from the office, work late into the evening and have obligations in the home. This has meant finding new ways to bond. I haven’t adopted the love of chai yet but I have found those who will venture with me to find good coffee!

The building where I live is a mix of expats and locals and is particularly sociable.  A group of us have met in the gym and have formed our own circuits training class.  It’s a mix of all fitness levels, age groups and nationalities and more and more people join every week! When neighbours have parties we are all invited – it’s been a great way to meet people!

The British Business Group is the one networking group I continue to go to – I have made some great connections there both on a personal and professional level.

We finished the day with ice cream, which some of the girls had never tasted before. Their smiles, hugs and excitement was priceless. The next week, back at the school, when they all lined up following their game to shake each other’s hands (just like they’d watched the girls at the tournament do) it was an incredibly heart-warming moment.

Be persistent. Don’t be put off that you are the one who will be making the effort to integrate into a group. Say yes to everything, even those people that you may not connect with as well.  In Mumbai especially, everyone knows everyone, so through them you will find others that you do connect with.  Have patience and lots of it!

I am very lucky in that my company and my aspirations are aligned in keeping me in the emerging markets and while my remit is now broader than India, I am very settled here and can’t imagine being happier anywhere else. 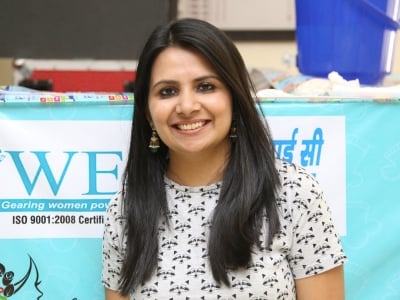