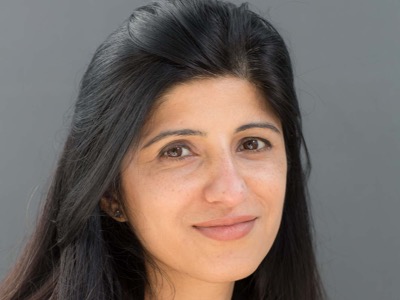 I’ve just picked up Market Wizards by Jack D. Schwager. If you haven’t already heard of it, it’s a brilliant book that contains interviews with top traders.

Simultaneously, I am also reading Choose Yourself, another excellent read by James Altucher, who has founded/cofounded more than 20 companies including StockPickr.

Let’s begin with a little snippet from Market Wizards. The below dialogue is part of an interview between Jack, the author and Michael Marcus, a very successful trader. Michael is speaking of a time in 1972 when he had only just begun trading.

“The (lumber) market was at $130 when you bought it. Where was it at this time?
About $117.
So even though the magnitude of this decline was much smaller than the price rise in plywood (which had gone from $110 to $200), you lost almost as much money because you had a much larger position in lumber than in plywood.
Right. During those two weeks, I was constantly on the verge of being wiped out, it was the worst two weeks in my whole life. I went to office each day just about ready to give up.
Giving up just to stop the pain, or so that you would at least have something left?
Both. I was so upset that I couldn’t stop my hands from shaking.
How close did you come to being wiped out again?
Well, my $12,000 has shrunk to $4,000.
Did you say to yourself, “I can’t believe I have done this again”?
Yes, and I never did it again. That was the last time I bet everything on one trade.”

Hold that thought while we take a look at Choose Yourself.

Here, the author, James, explains that he never likes to be in a situation where his success or failure depends on the whims of one person and one person alone. That person could then be a boss, a client or anyone for that matter. He speaks of times such as when he was pitching a show to one executive at HBO and another when he was trying to sell his first company and had one potential buyer.

Both times, he faced rejection. The rejection is not the issue. The real issue is that at both times, his entire happiness seemed dependent on the decisions of just one person. In his words, he gave power to that one person to make or break his life. Naturally, he vowed never to do that again.

Two powerful stories, one underlying issue. It’s the classic error of having all eggs in one basket – it’s that simple.

The solutions are equally simple yet timeless:

1.Diversify: Be it your trades, your finances or your entire life, a portfolio of one is very risky strategy. Diversification is the name of the game.

2.Whatever your strategy, ‘own’ your decision: Whether it’s betting everything on one trade, or leaving everything up to one decision maker, if it’s your life, make sure it’s your choice. As Lex van Dam, my trading teacher says, you should only trade your opinion and not someone else’s opinion. I fully agree, because even if you lose, you know it was your choice and you’ll have something to learn. As I mentioned in my previous post, every once in a while, it is important to fail. At worst, you’ll hit rock bottom, which actually, is a great place to begin your climb.