Home > Careers > The YOU in Engagement | Puja Kohli

The YOU in Engagement | Puja Kohli 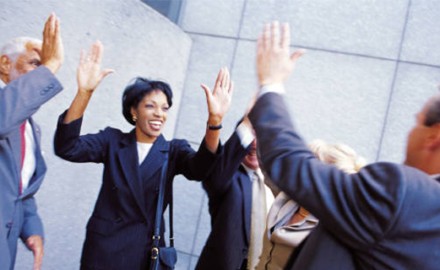 I had the pleasure of listening to the legendary Dr. Marshall Goldsmith at an NHRD conference in Bangalore recently. He was witty and didn’t mince his words to make his point.  Among many takeaways the one that resonated with me strongly was, ‘Who is Responsible for Engagement’?

A decade or so old ‘Engagement Movement’ has had limited impact world-over despite leaders making genuine efforts. Leaders have been trying to look closer at work environment of employees, understand their motivations, and get them connected with the organisational purpose. No doubt, engagement has become big business for consultants and HR entrepreneurs.

Disengaged blue and white collar employees has taken a huge toll on productivity and innovation both in the developed and developing markets. A closer look at why the outcome on engagement has been disappointing despite investing a lot of money and time shows that leaders have been using engagement more as a retention and productivity enhancement strategy than anything else.

A lot of goodies like inbound and outbound training, executive education courses in premier institutions are being thrown in to entice senior executives to stick. For lower-rung employees, games, theatre and therapies are popular. So, what really has gone wrong with engagement?

This problem required a counter intuitive approach which only Dr. Goldsmith could attempt. He said: “In this whole endeavour, somehow, the missing piece has been the question which no one seems to have bothered to ask – Is the individual also responsible for his or her own engagement? OR is he/she a mere puppet whose strings need to be pulled to connect their heart and soul to the work environment?

He started this with a very pertinent question: “Where is the employee in employee engagement?”

A basic assumption in engagement models is that engagement is controlled by management. Hence the pattern of questions asked in engagement surveys provokes the participants to be passive recipients. Their feedback is guided by what they have received from outside as motivational interventions and the measure of their satisfaction.

According to Goldsmith, this is the inherent flaw of all engagement measures as the surveys report results that are influenced by external environment without giving ownership to motivation as a self-driven process.

Happiness and meaning must be defined by the inside and not outside for the results to be truly significant or behaviours to shift and positive habits to form.

Dr. Goldsmith defines lasting success as ‘where passion, purpose and performance converge’. Success should be defined for oneself without anchoring it on external factors.

Dr. Goldsmith’s view of engagement is powerful in its message and a big lesson in coaching for organisations, role holders and individuals. What Goldsmith determines as MOJO is almost symbolic of what Mahatma Gandhi professed in his teachings, ‘Be the change you want to see.’

It’s Not About the Coach!

Dr. Goldsmith is the author or editor of 34 books, which have sold over two million copies, been translated into 30 languages and become bestsellers in 12 countries. He has written two New York Times bestsellers, MOJO and What Got You Here Won’t Get You There. He is one of the few executive advisors who has been asked to work with more than 150 CEOs and their management teams. www.marshalgoldsmith.com