Home > News > She Taxi service is launched in Kochi

She Taxi service is launched in Kochi 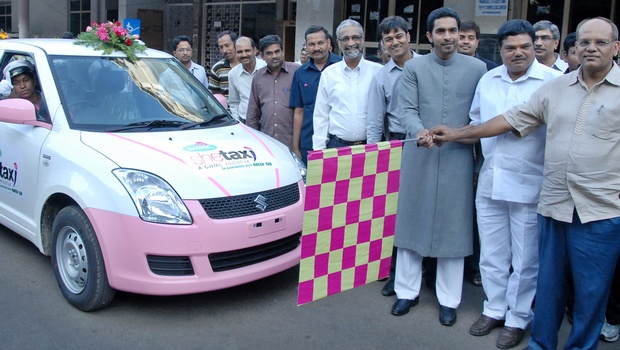 She Taxi, a first-of-its-kind 24×7 taxi service owned and operated by women entrepreneurs for women travellers in India, will launch its operations in Kochi on Monday. Chief Minister Oommen Chandy will inaugurate the service at Ernakulam Town Hall. The Chief Minister along with actor Manju Warrier, the goodwill ambassador of She Taxi, will flag off the first service.

Manju Warrier, who volunteered to support the transport, said: “As someone who has had first-hand experience of the difficulties and worries of travelling in unfamiliar cities at odd hours, I know how important a service of this kind is to women. I also respect the women who have come forward to operate these taxis given the challenges they are expected to face in a male-dominated business,” she said.

The project, conceived and implemented by the Gender Park under the aegis of the Department of Social Justice, is being extended to Kochi after its success in Thiruvanathapuram where it was launched in November 2013. The fleet operations and marketing will be handled by Technopark-based Rain Concert Technologies Ltd, which is setting up a 24-hour call center in Kochi for the purpose.