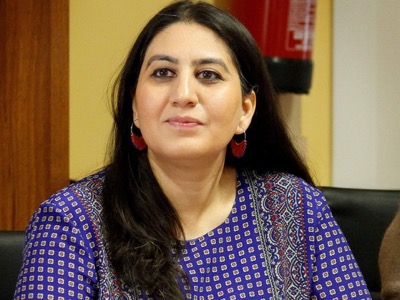 Dr. Shruti Kapoor is the founder of Sayfty, an organization that educates, equips and empowers women and girls against all forms of violence. The White House recently nominated her as a change-maker for the Women Of State Summit. Dr. Kapoor has received several awards including the International Women of the Year in 2015, People’s choice Femvertising Award, and the Rex Karamveer Global Fellowship for her work on women’s safety in India.

Most recently, Shruti served on the UN IANYDs Task Force and Social Media Committees to inaugurate the United Nation’s Youth Forum for the Commission on the Status of Women. Working under umbrella of UN Women, the Youth Forum acted as the first-ever platform for youth and gender-equality advocacy.

Shruti is a distinguished alumna of University of California, Riverside, having graduated with a PhD in Economics. Prior to starting her PhD program, Shruti was consulting at The World Bank and worked on several human development projects related to health, poverty and rural electrification.

Dr. Kapoor is a gender-equality advocate and is extremely passionate about women and girl’s safety. Dr. Kapoor believes in using all forms of media, social and traditional to raise awareness against violence and make our cities safer.