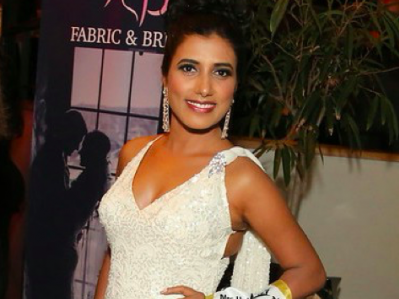 I have been a Manager in the Airlines and MNCs for over 15years. A published author in 6 anthologies and one Historical Fiction Novel, titled ‘A Tulip in the Desert’ am writing my 2nd, A Romantic thriller.

I am a recipient of the prestigious Women Excellence Achievement Award in Jaipur Rajasthan in January 2018. And Entrepreneur of the year award at the 6th Asiad Literature Festival Pune in Feb 2018. Also been the Brand Ambassador for the same.

I am a mother of 2 boys aged 9 and 4 years and married for a decade to a Navy officer.

Gallus Face of the year Maharashtra 2017

I am also an entrepreneur and owner of ESpire Academy for Personality enhancement, Airline Customer Service trainings and Pageant Grooming.

We specialize in designing exclusive content as per requirement and offer tailor made training solutions.

Challenge for anyone is always to overcome mental battles with ourselves! Fighting fears; fear of failure. The challenge for me has always been that of becoming better than what I was yesterday!

By the Grace of God, I have achieved much professionally as well as personally in a short time. I feel that in this journey, my greatest achievement has been the fact that I have earned many relationships which have translated to lifetime friendships.

I can’t imagine doing anything else apart from what I am doing now! However, I would probably have been at a cushy job as a Vice President or President by now!

Apaart from my parents who have inspired me to achieve my dreams, I have always looked up to the lives of Michele Obama and Priyanka Chopra. Their journeys have been inspirational.

Que Sera Sera…. What ever will be will be….. The futures not ours to see…. Que Sera Sera!!!

I have never planned anything and have gone solely according to the plan, purpose and direction of the Almighty. However, while I aim to be famous and successful, I want to give back to the society and be recognized as an excellent human being.

An English Literature Graduate from the University of Pune, Shrruti Patole Clarence comes from an artistically blessed Maharashtrian family.

Shrruti is a student of St Anne’s Convent School Pune and a Manager in the Aviation Industry for over 15 years, having the opportunity of working with Airlines like Kingfisher, British Airways and Swiss Air and Air India.

She started writing poems at a very early age and proceeded to writing articles and short stories.

Shrruti has worked as a freelance writer for magazines and newspapers.

She has to her credit 6 short stories featuring in different Anthologies and a Hindi poem featuring in Tumbhi’s contest Ehsaas (2015) judged by the famous screenwriter Javed Siddiqui.

Her Novella, ‘A Tulip in the Desert’ – A Historic fiction has been published by Half Baked Beans (HBB) in May 2015 under the title ‘Love, Again’

She has also penned lyrics for the theme song of the organization YI (Young Indians) an off-shoot of CII (Confederation of Indian Industries).

An avid reader of fiction, she also has a keen ear for music and is usually hooked on to her radio if she is not reading!

Currently on a sabbatical from her professional career to be able to focus on her writings, she devotes her time to raising up her two sons aged nine and four years respectively.

She is now an Entrepreneur and founder of Espire Academy for Personality Development, Airline Customer Service trainings and Pageant Grooming.

She has to her credit awards such as Women’s Excellence Award 2018, Entrepreneur of the year award 2018 and Brand Ambassador of the 6th Asiad Literary Festival Pune 2018.