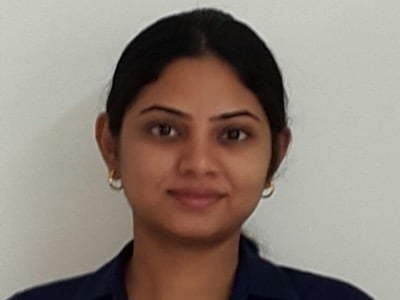 Shilpa Gupta is a go getter, the most talkative person around and finally a girl with a shiny nose!

She has always been like that – from being a naughty, only child to two ex-iitians, to having an awesome childhood troubling parents and then going on to become an engineer followed by an MBA. The professional journey has been encouraging as well. Shilpa had a good stint at ICICI, followed by Wipro and then Barclays. A couple of certifications and trainings have been sprinkled on top and that’s been a good professional salad.

That’s the boring part! The more interesting part is her creative side wherein she has been able to translate her dreams to thought-churning prose and poems, much to her delight. She has travelled a good deal and played some refreshing sports.

She has been associated with the Spastics Society and multiple schools for the needy. To be able to make a difference to the lives of some of our brothers and sisters has been food for her soul. Lastly, she takes pride in carrying on a self-imposed agenda to make two different pairs of eyes smile each day.

That’s her smiling indeed. Wouldn’t you smile back?