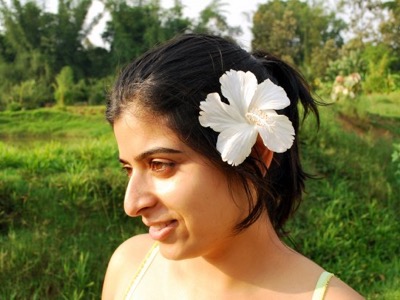 Pragnya Wakhlu is a professional musician and the founder of Mousai India. An IT Engineer and a graduate of Indian Institute of Management (IIM) Bangalore (Management in Entrepreneurship); her passion for working with music and people led her to quit her corporate job in the U.S and return to India to work towards making a difference.

After extensive experiments and research on the transformative powers of music and movement, she founded her own company Mousai in 2009 .Mousai facilitates workshops that aims at enabling people to discover techniques using their own voices and to breathe and dance to feel more positive, liberated, joyful and in harmony with the world.

One of the few independent woman musicians and guitarists in the Indian independent music circuit, Pragnya is a strong believer in using the power of music for positive change. She released her debut album “Journey To the Sun” in 2012. Her current projects include releasing a Kashmiri-English album to help displaced Kashmiris reconnect to the rich culture and language of their homeland through music. She is also working on creating awareness about the Tibetan struggle for freedom and has recently released a song for breast cancer awareness.