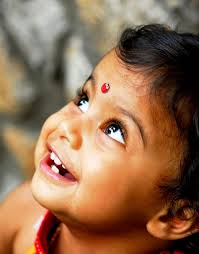 These are the words often heard in Indian homes when a second or third girl child is born to a family.

movements, governmental efforts and unbeatable tenacity from women themselves are changing the scenario in Indian society. But the girl child has a long way to go before complete equality is given to her – with healthcare, education, career skills, economic self-reliance and every opportunity to live a productive, dignified life…

Two men – with undisputed international stature and popularity – have spoken out strongly this year (2014) for the urgent need to promote equality and healthcare for the girl child in India. Narendra Modi, the charismatic Prime Minister of India and Amitabh Bachchan, the superstar whose popularity all over the world remains unequalled, have both spoken up strongly for the millions of girls who are born in India every year, only to be given a life of illness, possible death from neglect, darkness in life without education and misery without any social status. Therefore, this year, the International Girl Child Day, initiated by the United Nations in recent years, has acquired a new vigour and purpose.  This initiative originally was founded as a project called Plan International worldwide. The Girl Child Day arose out of this NGO’s work and was formalized by a UN resolution in 2011. The first Girl Child Day thus, was celebrated on 11th October 2012. Each year, this day has a theme – the past themes being ‘ending child marriage’ and ‘innovating for girls’ education’ in the two following years.

In educational opportunities too, girl children suffer when there is less money in a family or when marriage takes precedence over education. It is the ‘sacred duty’ of parents to marry off the daughter in Indian society and the status of the girl child is linked to this belief.

These themes further embody the determination of all nations to empower girls and give them every opportunity to be financially self reliant. By consensus, health, empowerment and ability to earn their own living are expected to put an end to the discrimination and violence that girl children have suffered for centuries in various societies in the world which plan a variety of events, programmes and discussions to promote the cause of the girl child. “It has to be acknowledged that there has been a marked improvement in the life and rights of the girl child,” says Sumitra Chandran, who heads an NGO for the girl child, “More girls are in schools in urban India and more and more women are working and earning to not only be independent but also to improve the life of their families. The abortion of female fetuses has decreased because of the stringent vigilance of governmental agencies and though the progress is slow in our massive population, some positive changes are visible.”

“However, discrimination against girl children is not limited to the poor strata of our society,” says Saroj Mishra, who has worked for the healthcare of the girl child, “Even in the middle and higher classes of Indian society there are social practices which deprive women from getting their legal rights though they are passed as laws in our country. For instance, if families can afford high education for one child, they would prefer to educate a son as he is seen as the ‘breadwinner in the family. He is pampered and given better food and facilities. However, the increase in the number of girls in schools is also improving. Moreover, such discrimination against girls is not limited to our country. It is a worldwide phenomenon and girl children are made to feel ‘inferior’ to boys from birth and given less in every resource of life – which is why this special day is named for the girl child.”

World authorities like Nobel Laureate Amartya Sen have said that two areas of a girl’s life need to be healed – education and health – to make her an equal along the fastest track of time. Education, health and awareness of one’s rights wipe out all differences based on caste, religion and social status according to Mr. Sen who believes that these factors negate the traditional attitude that a male child is a ‘blessing’ and a girl child is a ‘liability’. According to the 2011 census of India, there are 927 women for every 1000 men and this is truly shocking for social monitoring agencies. Though this figure speaks for the whole of India, there are certain states like Punjab and Haryana where the number of girls is even less! Even now, though the sex determination test is banned by law, there are medical practitioners and clinics which conduct these secretly and are punished seriously only when caught. Further, in poor families, the girl child is burdened with housework, tending to siblings, helping in the kitchen and so on. Very often, these duties eat up her school or study time. ‘Why does a girl need education? She needs to know how to run a home more.” This is a common remark heard in India.

This will change only when India recognizes that an educated woman makes the whole family enlightened and enriched whereas an ignorant woman can only spread darkness. Even by India’s ancient culture, say pundits, people in this sub-continent should remember that our deities of power, lustre and wealth and knowledge and wisdom (Durga, Lakshmi and Saraswati) are female!

This lifestyle hampers the healthy growth of girl children too. They are not given enough or healthy food and suffer from malnutrition from a young age. Their freedom to run around or go out is limited because of the fear that they will be molested or raped by antisocial elements or men on the prowl. “We read to hear about these crimes every day. They are on the increase because girls are considered to be easy targets. Even after suffering molestation or rape, girl children or their families are unwilling to reveal the truth because of the social stigma which is surely more for girls than boys,” says Malti Roy, a lawyer who has handled rape cases.

In educational opportunities too, girl children suffer when there is less money in a family or when marriage takes precedence over education. It is the ‘sacred duty’ of parents to marry off the daughter in Indian society and the status of the girl child is linked to this belief. Though the law grants equal status to women in India, the discrimination against them, and the attitude that men are ‘entitled’ to  the servitude of women and are the preferred inheritors of the family’s assets and wealth casts a dark shadow on women’s empowerment. Even today, though the law gives women equal rights to ancestral property and their own earnings and assets, there are innumerable cases where these are taken away or not given to women by families who control her rights. The fact that a daughter is ‘paraya dhan’ (‘someone else’s wealth’) is still rampant in India and every language has such a saying including the mother of all languages: Sanskrit. In a play, Kalidas, the greatest poet of India, says, “Artho hi kanya parakiya eva” meaning, a daughter is surely the property of ‘others’, meaning her matrimonial family. The situation is worse in the lower strata of society. This will change only when India recognizes that an educated woman makes the whole family enlightened and enriched whereas an ignorant woman can only spread darkness. Even by India’s ancient culture, say pundits, people in this sub-continent should remember that our deities of power, lustre and wealth and knowledge and wisdom (Durga, Lakshmi and Saraswati) are female! However, though the female literacy rate has risen to 54 per cent in recent years, and though women are proving their excellence and mastery in every field, the attitude of Indian society that they are ‘second class’ continues to haunt India. With one more Girl Child Day this year, the need is to take stronger steps to make education, health and empowerment with self confidence the three key issues for improving the girl child’s status. Only when these three ‘rights’ are given to her fully, her equality in society will become a reality in every sense. 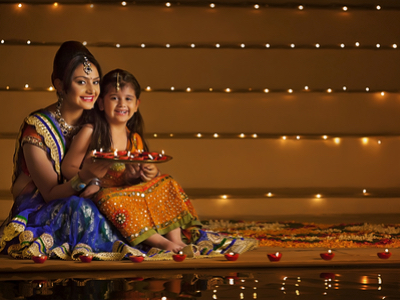 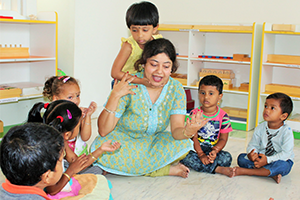