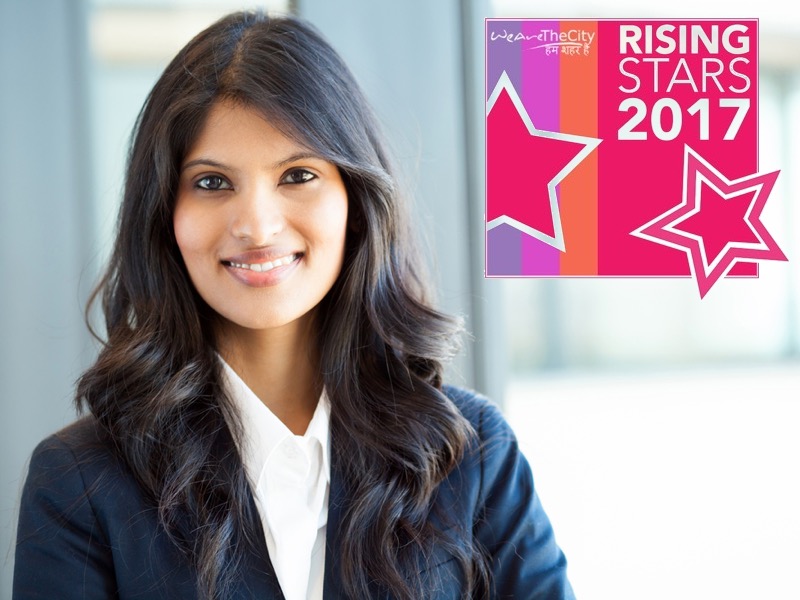 Nominations are now open for WeAreTheCity India’s Rising Star Awards, highlighting the achievements of the female talent pipeline across India.

We are now seeking nominations for our Rising Star awards.  The nomination period is open between 31 July – 25 August.

Over the next three months, 50 women below senior management and five senior champions from a wide range of industries and professions will be chosen by our judges as winners of this year’s Rising Star awards in India.

We need your help to find these individuals so we can shine a well deserved light on their achievements.

Vanessa Vallely, Founder and CEO of WeAreTheCity, said: “I am delighted to bring our Rising Star awards to India. I have watched WeAreTheCity India grow over the last two years under the direction of local, professional women and have met some truly talented and inspirational women. I hope that by raising the profile of our members and other women across India that we are able to highlight just how important the female talent pipeline is to Indian businesses and the Indian economy as a whole.”

Jo Gaglani, Chair of WeAreTheCity India said: “WeAreTheCity India has come a long way since its launch in 2013. We have had some unique events for our members supported by our sponsors and have grown organically. The Rising Star awards is a natural next step for WeAreTheCity India to highlight and celebrate upcoming female talent across India.”

Nominations will take place online via WeAreTheCity.in. A shortlist of 100 women from a range of industries and ten shortlisted champions will be chosen in September by an esteemed panel of judges. The shortlist will then be open to a public vote.

The top 50 Rising Stars will be announced late October and all winners will be invited to attend a prestigious evening reception on 14 November in Mumbai to collect their awards and celebrate alongside our sponsors, judges and esteemed guests.

We are delighted to be the lead sponsor of the Rising Star Awards which recognises the achievements of talented women on their way to the top; the contributions they make to their organisations and society in general. – Mark McLane, Managing Director, Head of Global Diversity and Inclusion at Barclays PLC

WeAreTheCity launched Rising Stars in the UK in 2015 and since then has recognised the achievements of 150 women. The first awards in 2015 awarded 50 women from 10 different industries as Rising Stars. Due to the success of the 2015 awards, Rising Stars expanded to recognise 100 women from 20 industry sectors alongside five senior Rising Star champions in 2016; and Company of the Year in 2017.

To see profiles and images of our 2017 Rising Star Awards, click here.