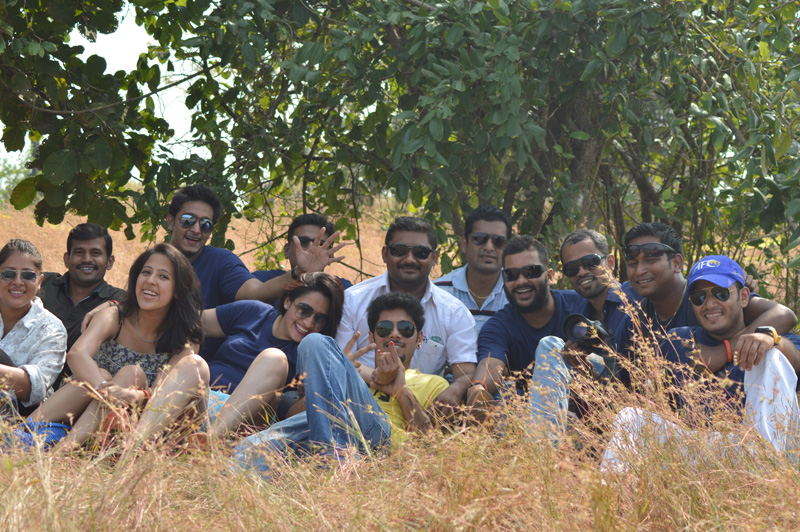 I guess we slept very hungry, as all of us woke up to just and only find food. We headed for breakfast only to then realise a disappointing start of our day. We ate what we could and quickly rushed to get ready as we wanted to be at Rider Mania by 11:30am. The gates open by noon however, registration to participate in various competitions had to be done then. Thus the crowd had already assembled. And what an atmosphere! Every single person standing seemed to have gulped a six pack of Red Bulls even though the bar was not yet open! With effervescent liveliness we all awaited for the gates to open.

At 12, the gates opened and everyone was ready to go Mania Crazy. Our group had gotten much bigger by now and we had some 15 friends with us, so we all got comfortable next to the bar. Sharing their riding experiences, I met this guy named Ashwin, who currently works with Royal Enfield who has done solo rides to Ladakh three times. He shared stories of how he would keep his food warm by wrapping it in foil and placing it next to his engine. He also shared an interesting picture of his expedition, of him reaching the border standing by a board that states “You are under Enemy Observations”. I’m sure he felt like Rambo! At the same time there was this other rider who ensured that every Diwali he changed his head lamps. Yes! It’s his thing to crash his bike every Diwali.

The weather in Goa was pleasant in the evening, but the afternoon was HOT! The sun got brighter thus we all decided to watch the dirt track race. One of the most awaited events of Rider Mania. Marshals were deployed and all riders were asked to assemble. We all placed ourselves under the tree next to the track and that’s when I saw a bunch of women riders coming forward. All bucked up and poised, these ladies entered the arena with a get-up-and-go attitude. I was impressed. These ladies looked like mavens. Their group is called “The Bikerni – the First All Women Motorcycle Association of India”. The group was founded in 2011 aiming to encourage women riders from all over India. They have managed to receive a fabulous response over the years.

To all first-time riders I think this is a good spot to start. Coming back to the dirt track race, imagine a 60 x 60 metre area bordered in a circle with a twist. The rules were simple – race to win. If you fall, get up and go but if someone tries to help you then the racer is disqualified. Remember how I mentioned the weight of these bikes earlier, well imagine that competing against each other in a tiny arena!

To begin the five lap race, a mass jolt of running engines and engaged clutch echoed, followed by The Chief holding up a red flag until all riders were on the grid trailed by a flag off using 15 seconds before the flag dropped and the race began. A roar of cheer to encourage the racers burst through the crowd. The track felt the thump like never before. Racers were drifting, falling, getting back up and speeding to their limits, you could literally taste the mud in your mouth.

We all placed ourselves under the tree next to the track and that’s when I saw a bunch of women riders coming forward. All bucked up and poised, these ladies entered the arena with a get-up-and-go attitude. I was impressed. These ladies looked like mavens.

The qualifying rounds had started so I took this opportunity to mingle. Pranav got me introduced to Atul Vig, owner of a well renowned group on Facebook called “Royal Enfield Owners”. I was then introduced to other members of the group. Each member had a unique personality. I was enthralled by the man who rode to Ladakh three times, and here I met this other gentleman, Amritpal Singh who did it five times! Moreover, he has a group called Xtreme Riders, and trust me, he sticks by the name. Crazy riding experiences, all at ‘no man’s land’. Atul, Ashish Mitto and Rajiv Nair seem to be no less fierce. Ashish actually took his bride (who is also a rider) away on a Royal Enfield with cans cluttering as they rode. So who says bikers can’t be romantic! Atul has clocked about 140,000 kms in the last 18 months. His first love is and will always be his mechanic. They are a group of wonderful people, who welcome you with arms wide open, with no judgements and no questions asked. An active group which organises rides with almost 400 plus riders each time. They promote various causes such as disability etc. They encourage women riders and also help them develop their skills. Now that’s what I call a supreme cult. Happy to have met such wonderful and truly exceptional people. Watching the dirt track, I could only think of all the riders being some RE Ninjas, with supreme handling skills, balancing abilities and with a heart of steel. A women rider among the racers won a trophy, so I guess anything that gets your blood racing is worth doing!

By early evening, you would think that people would start to rest after soaking the scorching sun, but turns out we were about to catch an MTT Turbine Y2K (a superbike that runs at 370kmph). The music fest had begun, and everywhere we looked you would only witness smile, laughter, hi-fivess, buddy hugs and pats, Yo bro comments, crashing beer bottles, kids running and dancing, people enjoying the food, oldies dancing to the tunes, exhaust thumps, synced honks and people jumping around. I knew right then that this right here was My Life! And a cheek to cheek smile drew across my face.

We ended up reaching the hotel at 6am so we crashed, being a little sad to know that tomorrow was our last day at Rider Mania. 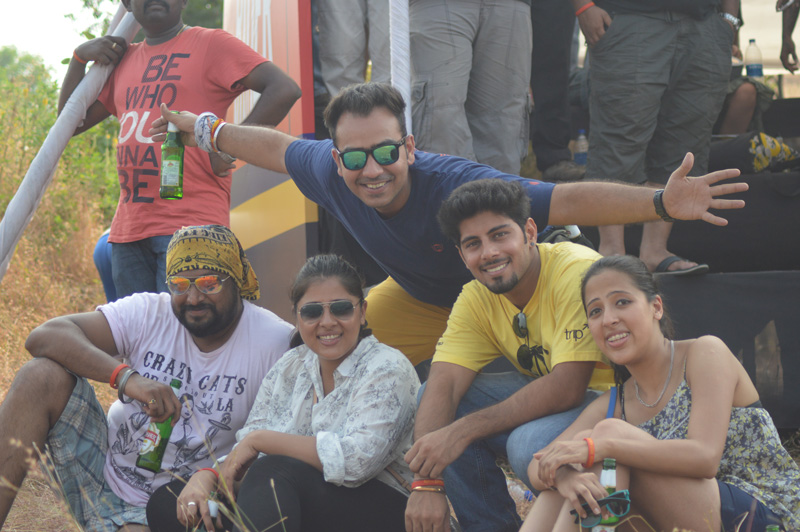 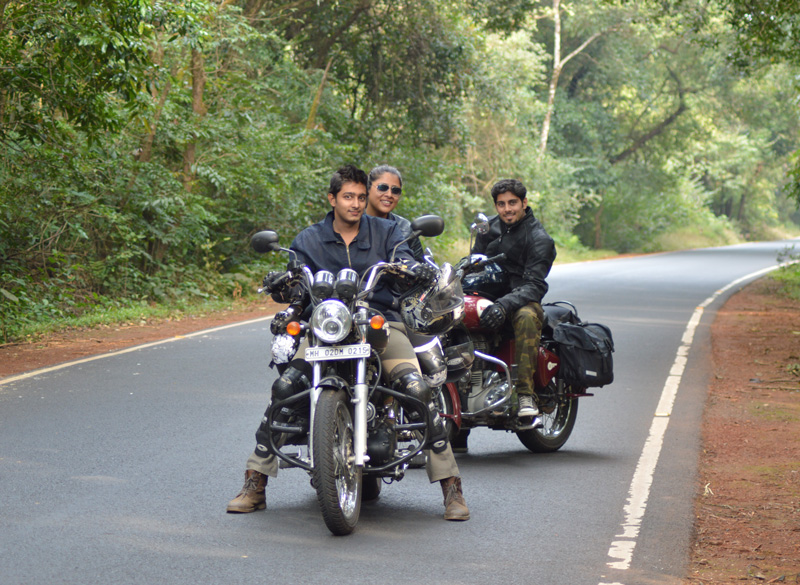