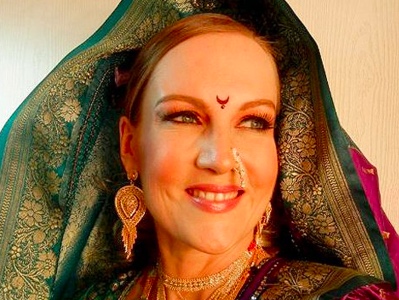 Suzanne is originally from Detmold in Germany. Her mother Monika and father Michael, live in Lindau, in Germany.

When she was only 19 years old, she did a three-year acting course under Heidelotte Diehl in Berlin.

She is a trained ballet dancer . as well as an accomplished Lavani dancer. She also did a course with American producer and Acting Guru Susan Batson in Berlin. Suzanne was main lead in the film Destined Hearts, with Indian filmmaker Anant Duseja in 2003, which was shot entirely in Dubai City.

She moved to Mumbai in 2005. She can speak many languages including, Hindi, Marathi and Bengali. Suzanne has worked in many television series (Bengali and Marathi). She is working in Bengali and Marathi films and serials too. Bernert has worked opposite Aamir Khan in the Titan Watches advertisement. She also runs a theater group Vijeta with her husband Shri Akhil.

She also promoted Jaipur tourism by acting in a short film titled Padharo India Suzanne was the first foreign celebrity to partake in a Lavani Celebrity Dance Show up to Semi Finals – Dholkichya talavar Reality Show RDP/Logical Thinkers as herself.

Suzanne starred in the movie The Accidental Prime Minister as Sonia Gandhi, which was released on 11 January 2019. She has been awarded for Outstanding Contribution to Indian Cinema and Television in Rajasthan International Film Festival 2018, Cama Awards Of Gujarat held in Ahmedabad.

She has also been awarded The International Diva of Bollywood.

Tell us about yourself, your background and what you do currently ?

I am a German Actress working in the Indian Film Industry since 2005. I am a trained Actor (studied with Heidelotte Diehl for 3 years in Berlin). Just now my movie The Accidental Prime Minister released.( Jan’2019)

Working as an Actress in a different language is a challenge as you need to work more and harder..

It is not even the language but also how to deliver lines, the tone, the style.. I worked in Marathi and Bengali and both a very different Acting Styles as well..It is a lovely and exciting challenge though…

I cannot imagine doing anything else. I wanted to be an Actress since the age of 4 (according to my parents), and I love the work I am doing now.

My parents..Parents are the first and biggest Influence in all of our Lives…and when I grew older and looked back on my childhood I saw all their struggles, work and success..that made me strong!

I live one day at a time, and the hard work i do today, will further help me make a bigger mark in film industry, both in India and abroad.