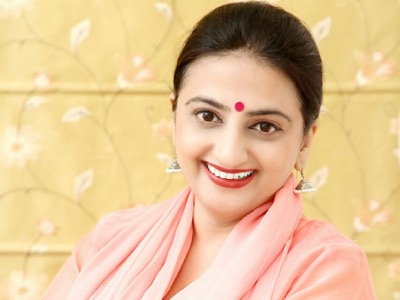 Ridhi Bahl is the great grand-daughter of Pt. Madhu Sudan Ojha, the astrologer of royal lineage of Jaipur who was given the title of Vidyavachaspati by the former king of Jaipur, Maharaja Madho Singh. Ridhi completed her schooling from the prestigious Maharani Gayatri Devi Girl’s and went on to pursue an M.B.A from the Symbiosis Institute of Management.

She went on to pursue a two year course in Astrology and Vastu under the guidance of Sri K.N Rao from Bhartiya Vidya Bhawan and acquired the degree of Acharya followed by three years of research in astrology and vastu.

She has touched the lives of people across the globe now with ten years in this field and writing monthly astro columns for some of the leading magazines of the country and articles on vastu. Her programmes are aired on leading T.V channels of the country.

She is also State Committee Chairperson, Delhi (vastu) of ALL Ladies League and Member of FICCI FLO.

I am practising astrology and vastu in a completely scientific and logic based manner. My articles are regularly published in leading newspaper and magazines all across the country, trying to explain the myths surrounding astrology as a superstition. Astro and vastu have always been a part of our culture and classic knowledge. Everything in this subject is logic based; it’s just that people are not fully aware about it. Now, apart from writing, I am conducting lots of talks all across the country and presenting the scientific and logical side of the subject with which people are able to relate and also trying to explain how this wonderful science can be a guideline and help us in taking some important decisions of our life. Writing, conducting talks and practising in the right and honest manner so that astrology gets its due, is my current project.

The biggest challenge has been the stigma attached to astrology and vastu of being a superstition, which it is not. Astro and vastu have always been a part of our culture and classic knowledge, but over the years have suffered because of commercialisation, half knowledge and the wrong kind of people taking up astrology who try and scare people and exploit them.

Astrology has got a very bad name, so the biggest challenge in front of me is to present the correct picture of astrology to people. Once they know and experience the scientific nature of astrology, they will not fall in to the trap of fake astrologers who by scaring, lying and playing with the psyche of the people just to make money. I will leave no stone unturned until this divine science, which is intended to benefit mankind, gets its lost reputation back; the respect it commanded in the ancient era when astrologers were honest and had complete knowledge of the subject.

To be very honest, a person who came for a consultation who has always come back to me. It feels very nice and believe me in the past ten years that I have been practising it has happened. Awards and recognitions add to the encouragement certainly. I received the award of best astrologer in 2015 and was also awarded in the Women’s Economic Forum. Apart from that a couple of other awards followed but nothing like when my clients come and say that my guidance has helped them immensely and they were able to take correct and important decisions in life.

I am a qualified MBA who worked in the corporate sector, so if not astrology would have continued in the corporate world. Since childhood, I was really fascinated by the planets: how they affect our life and how one can predict the future? All this was and still is very exciting. My great grandfather was an astrologer so astrology runs in my family and was given a lot of importance. In fact, all major and important decisions were taken on an astrological basis. So astrology was always around me.

My biggest inspiration and guide has been my maternal grand mother (Nani). She was a very well read and intelligent lady. She was the first lady in her entire family who was a graduate. She had seen lots of ups and down’s in life but always, very courageously, faced the challenges life threw at her. She was strong-willed and ahead of her times. She instilled in me lot of confidence and the right values.

I want to get further and further into astrology. This is a very vast subject and one life is not enough to fully master it. It is a super science, which is endless. I want to learn, develop and master more precise techniques of prediction, so that I can help more and more people, give them the right guidance and save them from the unscrupulous people who misuse this divine science. Also, I am conducting lots of talks on this subject, so that more people can get a clear picture.