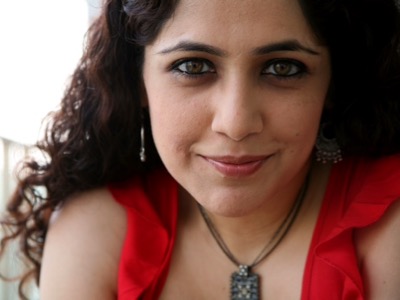 I am currently an author, a blogger, a columnist, a relationship guru, a traveller and a mother. I grew up in Lucknow, USA and New Delhi. My father is Bengali and my mother is Maharashtrian. I have lived and worked out of Mumbai for the last 16 years as an Assistant Director in films to ad films to starting my own production house, directing, writing a script called Hate Story 2 and working in television.

My recent release was Forbidden Desires. It was my 7th book. It’s about 4 women who live separate lives coping in failed relationships until one day they clash together and their destiny changes.

My biggest challenge has been that I’ve been labelled as a chick lit writer, the next Shobhaa De, another female author, an erotic writer etc. I’ve been put in slots, compartments and defined. I have had to prove to the publishing industry that I’m not any of those. I define myself. I write relevant stories in current times on different genres on relationships with identifiable characters. Each of my books is different. There is no pattern in structure, characters or dialogue like you’d see with many popular writers. I break rules to provide something new with every book, every blog, and every column I write. That’s a challenge I put to myself every day when I write.

Becoming a mother after three miscarriages was the greatest achievement for me personally. I’m proud to be a mom.

I’d be directing a film. I was trained in it at MCRC, Jamia. I have a Master’s Degree in Mass Communication specialising in direction. I won a National Award for a documentary I co-wrote and directed called “Between Dualities.” It’s natural I would be on a set.

Jane Austen, for her amazing body of work.

Oh the future has tremendous potential. I shall be a Creative Director of digital shows based on my books and new ideas. I’m planning to revive my production house in a new set up and work with the best talent in the industry. I am doing proof reading of my next novel. And I’m planning a solo vacation for myself to get some fresh ideas and inspiration!

Madhuri Banerjee is the bestselling author of 7 books. She is also the writer of the successful Bollywood film Hate Story 2. She is a Write India, Times of India mentor. She has been Revlon’s Relationship Guru for their campaign Choices. She has a blog on CNN-IBN called Chastity Belt and a personal blog on BlogSpot that has over 7 lakh views www.madhuribanerjee.blogspot.in. Madhuri was a relationship columnist with Maxim magazine and is currently writing for Daily O and Cosmo online. She has also won a National Award for her documentary on women’s issues called “Between Dualities.” Currently she is writing her next novel and a web series based on her books. She has her own website www.madhuribanerjee.in. Follow her on Twitter, Facebook and her blog.