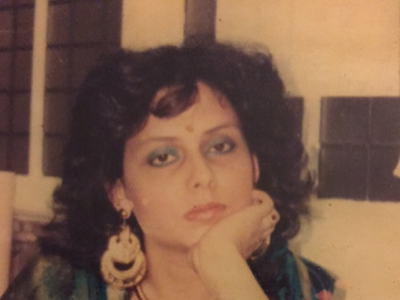 I am a singer and have performed across the whole of India and Delhi in venues such as the Kamani Auditorium, and the India International Center.  I have recorded for Doordarshan TV in Jammu and Kashmir and I am a ‘A’ Grade artist for All India Radio, releasing 12 commercial recording of Ghazals.

i have shared performances with one of the world’s most successful singer- Anup Jalota in both the U.K and India. In the U.K. I have recorded for BBC TV, ZEE TV and Asianet and performed in venues as diverse as the intimate, exclusive Kufa Gallery. I have also performed in a range of 500-1800 seat venues on eight tours with Anup Jalota, as well as many varied solo performances of both light and classical music with other artists.

I have made four videos under the music direction of Anup Jalota, which have become very popular in the U.K. and I am currently learning ‘Thumri’ from Smt. Savita Devi of ‘Benaras Gharana’.

We want to do a concert this year to raise funds for an orphanage.

I think challenges are there to bring out the best in a person. I also believe that a woman has the power to overcome all the challenges.

Singing and giving people immense happiness. I think today’s life is very busy and I feel that singing gives much happiness to one and all.

If not a singer, I think I would be a teacher and I think its a most noble profession.

My Mother is my biggest inspiration. I have learnt everything from her and she has always been my role model in life.

The future is bright. The best is yet to come and I am sure I have only just began and I have lots and lots more to achieve.

eena was born in Srinagar, Kashmir, and later settled in Delhi, where she grew up. Unlike many professional musicians, she did not inherit her commitment to music from her family, but rater was inspired from an early age at school, where she was awarded numerous prizes for her work in music.

Determined to pursue a musical career, she was fortunate to be accepted as a student by the torchbearer of the Patiala school of vocal music: Ustad Munawar Ali Khan.

The Patiala school or ‘Gharana’ is noted for the swift and fiery delivery of sequences of notes (‘tan’) over a full three vocal octaves- an enormous challenge for any vocalist, requiring vigorous and constant practice.

For twelve years from 1977 she studied with her Guru, in the traditional style of Guru-disciple, which involved Loveleena in assimilating not only musical skills, but also an entire way of life personal and professional.

After the first three years, she was awarded her Diploma in music from the prestigious Bhartiya Kala Kendra in Delhi, and gave her first public performance with the blessings of her Guru.

At the same time, she wanted to master the skills of light vocal singing, and worked with Ustad Amir Ali Khan towards this end.