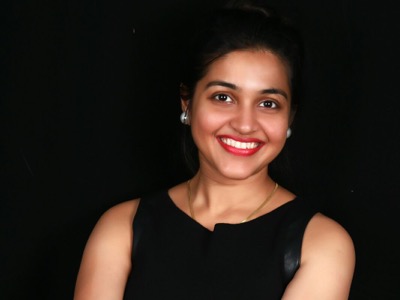 I’m an evolving human trying to make a dent in universe with my endeavors. I’ve studied Computer Engineering, have completed an MBA and been on entrepreneur journey since management graduation. Presently, I am focusing to promote, implement and execute sustainability and social responsibility in India.

Make in India is an excellent campaign by Indian Government, which desires large number of skilled workers to clean manufacturing and sleek infrastructure. I believe this is the best time in the era that we need to work in coherence and realize India’s potential.

Being an entrepreneur learning to register and following compliances in the Indian system to be an ethical company is a challenge. Apart from that, the challenge to convince angel investors who are tip of the pyramid, as compared to Venture capitalists (VC), who form the base of the pyramid in India. I strongly believe we need to invert the pyramid and have larger number of angel investors for the entrepreneurial drive to continue and strive in India.

Personally, ability to be independent is an achievement.

Contributing my potential towards developing India.

She has contributed towards CSR and Sustainability via CSR consulting, communication and training organizations. She has been awarded CSR Visionary of 2012 by Lakshya Bhartiya Foundation (LBF) and CSR Women Leader – 2012 by Institute of Public Enterprises (IPE), GIANTS International Award (2013) for committed work in noble services and Women Excellence in CSR (2014) by Lala Management Institute – Mumbai.

In 2012, she founded “CSR Development Stories Pvt Ltd”, in 2013 co-founded “CSR Advisors” both the businesses are in CSR Consultation. In order, to fill the gap of CSR knowledge, she has launched “International Institute of CSR” in 2015. Ms. Mukherjee has authored book “Sustainable CSR (CSR Basics)”.

She has consulted on CSR Projects to NGOs such as Empower people (Haryana) working on human trafficking issue, Each One Teach One (Mumbai), Shekinah Foundation and Network for physically disabled Organization (NPDO) (both working in Differently abled), Naandi Foundation, Omkar Builders – Corporate House, Living Guard – Water purification social venture and other similar organizations. At Ekjaa Foundation, she supports women self-defence and empowerment programs under project Shakti and project Swabhiman. She supports education by means of running public libraries “Achala Library” in the slums of Mumbai. At present the library has 7000 books and regularly conducts books donation camps in schools, colleges and public places such as malls.