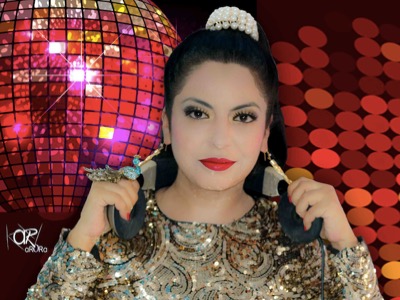 I am Kary. In 1997 I started DJing, 2004-2005 I did audio engineering from sae – Chennai, 2008 onwards I ventured into music composing, singing and lyrics writing. In 2013 I made a debut in Bollywood as a music composer with a song “Satya is back again” in film Satya 2, 2014 did a song “Tinko ke sahare “ in film Angry Indian Goddesses and the journey of a musician in me continues…. I’m multitasking in between DJing, singing, music composing and film production at the moment.

I have produced a short musical film named “yaadein bachpan ki” It’s based on childhood friendship to conclude why it’s important to be with childhood friends when we grow up. Planning to release it on 2 August 2017 and you will watch me in a new avatar as I’m playing lead in it. It also has a song named “yaadein bachpan ki” in it. The song is from a girl’s point of view from the 90’s era. Lots of talented artists especially children have worked in it. I’m sure after watching this film people will surly call their childhood best friends.

Sometimes it becomes difficult to make people understand what your vision is and that’s the challenging part. Creative people think 10 steps ahead. People who can’t understand you will confuse you but team up with only those who can give you solutions and if u can’t find solutions from people create your own path. It’s difficult to do it alone , but not impossible.

I never look at my life like that, I don’t count achievements, I work for my own self satisfaction and trust me I’m not easily impressed kinda person, so whatever I have done has highly motivated me first and then the society. I remember my manager was making my first bio data in 1999. He started with a line “ kary arora has created a new career option for girls in India as she is country’s first female dj, very few Indian girls dare to venture into male dominated profession” when I read this line, only then I realized and the feeling was “oh! ok I did that too?”

You see I never knew this I was just motivated to do djing as I was so much into “ MUSIC” ………….MUSIC has been beyond boundaries for me and will be for lifetime. Few years back someone wrote about me “ Bollywood’s 5th female music composer” and the feeling was similar ….. I feel it’s a media’s job to put an artist into a category and achievements whereas an artist does not think he/she just goes ahead with what they wanna do thus a person like me gets up with a goal everyday not thinking of what will be my achievement out of this. An artist needs to be sensitive to feel and turn it in an art form and the success of that art form is that’s artist’s achievement. Each day of my life I have lived cultivating my art for self satisfaction, I have created my own journey and I’m still walking on my own path if that becomes inspiration for someone somewhere, I’m more than happy.

There is so much to think about what else I can do in music rather than thinking about what would I be doing instead. I’m a huge, big, positive person. I think of solutions, possibilities, i create happy visions in my professions and I am so self-content with my work that I would never think of doing something else.

Myself. I amaze myself with motivating others and myself around me. I’m like that small flower in the garden, which grows beautifully, and its fragrance is so wonderful that it inspires to sow another plant of me. I mean the musical talent in me is such a big sea that every time I dig in it I find something awesome to put it in front of my audience and that’s what my inspiration, my motivation, my aura is.

To experience music, films and my audience more closely.