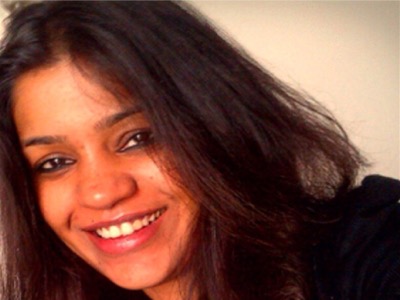 When I was growing up, the focus on academics was intense and there was limited diversity in what defined talent. Those days in India, if you could not become a doctor or an engineer, or completed a masters in business administration or become a chartered accountant, you were considered useless and practically written off. Focus was on falling in line with what was expected and deliver.

I didn’t fall in line which attracted a lot of criticism and stress from those who were concerned. But I would say, I turned out alright – well professionally for sure.

When I reflect on my experiences as a child and the pressures I had to go through, I wonder if bringing up a new generation was like manufacturing a product in a factory – there were set procedures, clear definitions on what good looked like and high focus on ensuring that there were no deviations. There were 4-5 variations or product types (refer to the acceptable career options mentioned above) but beyond that, the product was considered defective and labelled as such.

Can we imagine in today’s world what that must do to creative expression amongst children? Did they even have an option to express or choose what they really wanted to do? Or the fear of being a failure loomed all over and stopped people from being themselves. And imagine an entire generation spending their life doing something they weren’t interested in. Imagine operating outside your comfort zone all the time – that must build up as stress in some shape or form and one can see it in the 30-40 year olds today quite clearly. The need for being successful is so much higher than the need for being content. The only issue is, if everybody does the same thing, how can we all be successful?

Much has changed since then and for the better. Some people defied the rules, did their own thing and were still very successful thus demystifying the notion to an extent. Our approach to education changed drastically and now encourages different type of teaching styles that encourage creativity and for the mind to work on its own. And today is the world of innovation, start ups and lots of new things being introduced. With digital innovation, mobile apps for everything and the blooming e-commerce industry there is no way a parent can be fixated on their 4-5 career options and force them on their children.

The truth is that the world is changing so fast that it is difficult to even imagine what the future of a certain field will be. Imagine there was a time when we all had passbooks for our bank accounts, then came the ATM and debit cards, then branch banking reduced and telephone banking became more popular and then internet banking, now mobile banking. Then came mobile pay where you don’t even need a bank account and soon enough there will be something new. All of this happened in the last 10-15 years. Can we even imagine what banking will look like even 5-10 years from now? And the same is the case with every field and career.

So freedom to choose what one wants to do and how they want to apply their own mind to do it is super important. As a parent, our role is now only to provide resources and support – maybe some guidance but beyond that, it is the igens or the post millennials who are going to shape the future and it is their minds that need to carve the way to do so. Let them make the world they want to live in, and paint the future with colours that probably didn’t exist in our rainbow.