Home > Careers > ‘Girls speak out’ on International Day of the Girl but are we listening?

‘Girls speak out’ on International Day of the Girl but are we listening? 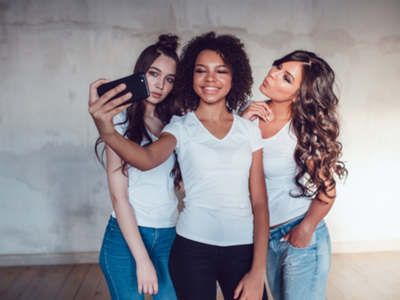 Last year marked the Fifth Annual International Day of the Girl with events taking place around the world including a Girls Speak Out event at the United Nations, celebrity involvement and through discussions on social media – but does it help?

The main aim to inspire everyone with stories of girl power — in art, pictures, poetry, songs, video – and to showcase the unique role girls play in our world, hence the voice of girls is beckoned. For some time now, we have seen the rise of many campaigns and events that promote the voice of girls, but are we listening?

Policies and strategies by global institutions and corporate bodies such as the UN Foundation and Nike have initiated the Girl Effect,  which aim to harness ‘girls’ as critical resources globally and that would lead to reduction in poverty and higher growth rates.  This has come to be known as the ‘girling’ of development, or ‘doing’ girlhood through an efficiency approach.

In the pursuit of tackling gender discrimination, discussions on girls have often been moved to the international arena or southern contexts. Many of these typical neo-liberal projects such as ‘Girl Up’ champion the role of girls in the west as saviours, helping their poorer sisters in the south. Drawing attention to issues affecting girls globally in important campaigns such as the Girl Rising or Girl Up campaigns has been seen to show how neo-liberal projects profit from such campaigns , or how the western girl  is a ‘Nancy Drew’ rescuing her southern sisters who are often portrayed as victims. Similarly, we should be wary of raising the rhetoric of the Malala effect that portrays the young poor heroine of our time. Let our girls be girls.

One cannot deny that the negative effects of ‘girling’ – as evident through cultural practices such as Female Genital Mutiliation (FGM), or honour killings seen in many parts of the West and in other countries, does lead to the travesty of human rights.

The ‘girling’ in a global spatial context reflects the multiple, interconnected but contradictory ways of doing girlhood. The implications of global concerns for girls and girlhood is pertinent as the distinctions between age, gender, and social location becomes fuzzy but in similar ways; docile bodies are disciplined, in many cases by women themselves conforming to patriarchical norms. Nevertheless, this also means that girls in the Global North do need attention just as their sisters in the Global South. For instance, evidence on the rising scale and impact of sexual harassment and sexual violence in schools across England is indeed disturbing.  In 2015 Girlguiding UK found that 75% of girls and young women said anxiety about potentially experiencing sexual harassment affects their lives in some way. Thus our social roles and what we ‘do’ as gender is very much dependent on our social and cultural context. As Butler’s performativity theory shows gender is something we do, rather than something we possess and thus conforms to societal norms.

The globality of girlhood is to be read with caution and by avoiding the pitfalls of stereotyping and homogenising girlhood. We need to understand the variations in socio-cultural practices globally, and focus on the complex articulation of gendered experiences. In the global south, decisions about increasing human capabilities such as health and education are often to girls’ disadvantage, particularly in contexts of poverty, cultural and material inequalities, while girls in the north are also ‘objects’ of culture, sexuality, media representation and ethnicity.

We hear many times that constant reinforcement of the so-called ‘perfect’ woman in the media directly impacts girls’ body confidence. Appearance and body body image research find that looking at magazines for just 60 minutes lowers the self-esteem of more than 80% of girls. This is further compounded by everyday racism in the west as we hear of shocking examples in the UK where black and minority ethnic (BME) people being turned away from a number of bars and clubs that seem to operate ‘white only’ policies. Based on their skin colour and appearance, they were told they “weren’t good looking enough”, and “too dark” or “overweight.”  This came to light in the context of when a Yale University Fraternity has been accused of racism for allegedly refusing non-white students entry to a party. We see that the sex, gender and race distinction varies and blurs both temporally and spatially, with a significant bearing on how gender, particularly how ‘bodies’ are perceived, and acted upon in society. The experience of girlhood is not extractable from its context; speciﬁcally gender, race, class, time and place, shape the way in which a young person experiences the world.

This has a far-reaching impact for feminism and feminist campaigns and lessons for the burgeoning field of girlhood studies. Experiences of girlhood are diverse, for which an intersectional perspective would help address girls’ unique positioning at the margins of age, gender and different socio-cultural contexts by addressing a shared sense of connectedness through bodies, space, time and culture.  One cannot deny there is an increased shared sense of globality of gendered experiences among young girls, and interconnected through social media. One prime example was in 2015, where student activism in Toronto known as Crop Top Day to protest against dress codes and the need to cover their bodies echoed in the Indian city of Bangalore against an institution-imposed dress code for Law students, which sparked debate among youth. But creating binaries of the global south or north may lead to the same pitfalls of feminist movements. In many ways, a global girl grows up nurtured through the simultaneity of global embodiment, manifested in awareness of bio-politics, race, gender diversity and space.

The International Day of the Girl and other days dedicated to women and girls provide an opportunity for us as a society to be more prepared for listening to the diversity of voices of girls, and understanding how girlhood is shaped by our social locations, and impacting on other forms of social divisions.

Dr Shoba Arun completed her PhD from the University of Manchester (1999), after which she joined as Lecturer in International Development, at the University of Ulster. She has many years of experience in teaching in sociology and international development. As a Senior Fellow of the HEA, Shoba Arun is an active and enthusiastic academic with substantial teaching and research interests. Her research goals are to better understand processes of global social change, as these processes are expressed in particular social and spatial contexts and differently, among diverse social constituencies. Her scholarship on sociology of development is seen in her overall research, teaching, and outreach activities, particularly on the causes, dynamics, and consequences of social and economic change, and engages this approach to undertake a number of parallel but distinct research interests. Foremost, her research publications and expertise concern gender matters in the global society and the knowledge economy. This includes research in the areas of neo-liberal policies and impact on digital technologies, and its impact on gender and the labour market. In doing so, she has an international standing in this field of gender research in a sociological analysis of development informatics. Her publications have informed policy reports and scholarly debates on the impact of IT based services within the gendered labour market, thus building such knowledge through engaged research with a wide range of constituencies. In addition her research focussing on how societal contexts respond to policies, and identify constraints in development pathways through the intersecting axis of social divisions of gender, ethnicity and class, illustrate the scope and meaning of development in a globalising world and can be seen in her work on assets, social networks among diverse households in India. Her research into global mobilities among skilled migrants also exposes gendered and racialised processes of global change.