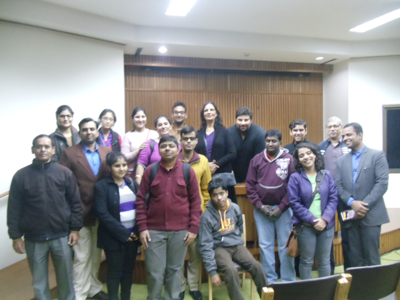 3rd January 2016 witnessed the 16th meet of Fusion! As you may be aware, Fusion was launched on 10th November 2013 at the India International Center New Delhi. Fusion are ever so grateful to the IIC Delhi for supporting the Fusion event by providing the space for the same. Fusion has succeeded to directly touch lives of over 300 people this far. We are hoping to have indirectly touched lives of over 10,000 people, through word of mouth, circulation of our invites and reports; on lookers as well as from the media coverage we have managed to get so far!

Fusion wish to thank Billionables for partnering with Silver Linings for the Fusion Event!

Fusionites worked real hard to promote the event over calls, and other social media and personal connections, to promote this event; aiming at reaching this wonderful opportunity to a large number of people. This resulted in: ‘A good turnout at the event’ as well. There were 43 people present, and for the first time, the number of people without disabilities was much higher than of people with disabilities. This in itself is a huge compliment to our event, for people who don’t have any disability, are also finding the Fusion event bring value to their lives. Since, a lot of non disabled members have started to come repeatedly to the meets! So, that shows we are fast moving towards our goal of true mainstreaming and inclusion.

As usual, the event started off with the enthralling introduction session; every person was a surprise package of unlimited achievements and accomplishments, despite facing horrendous challenges, both physical and otherwise. This goes for both people   with and without disabilities.

Interestingly, we had 5 types of disabilities represented on one single platform, and of course, there were those who did not have any. And there was complete matchless mingling and fun filled friendships brewing all around.

Fusion are delighted to share, that Indigo was especially  represented at this meet by Mr. Gaurav and almost all  our members told him that they very much preferred to travel with Indigo, as Indigo really took special care of them on flights.

Ms. Shashi Obeid General Secretary of YWCA Delhi, assured to collaborate with us all and Silver Linings.

Ms. Neha shared the news of the launch of her accessible holiday packages company for making it possible for persons with disabilities to travel.

Billionables, Mr. Sameer’s organization also announced the upcoming launch of their online E-Commerce portal where all products and services relating to the requirements of people with disabilities will soon be available online.

Silver Linings and Billionables jointly are working towards launching Dream Holiday for people with and people without disabilities; and requested the group to share with us their expectations, requirements and their inhibitions for taking a holiday and travelling with us.

A picnic is being organized by Ms. Neha and Mr. Sameer assisted by Mr. Gaurav from Indigo for Fusion members. In addition, on 7th February Sunday, Mr. Ramakrishna has proposed a visit to the Rahaagiri at CP.

Mr. Prashant Kapoor, one of our very dear and most talented Fusion members, gave an amazing and brilliant  Tabla recital.

Once again we had members speak extempore for one minute on topics given to them by Ms. Aditi. A number of them were asked to speak around ‘Inclusion’. Every speaker was presented with a chocolate; and there were others who elected to speak just because they wanted to get over their stage fright and fear of public speaking.

Ms. Nikita sang some beautiful Bollywood songs, much to the demand of the audiences.

An interactive activity was conducted where participants practiced to look at the positive side of any situation, as well as promoted mingling amongst each other.

Although, there was a prize for the ‘Best Dressed’ member, we had to scrap the same, for everyone was extremely well turned out.

There were many members who categorically mentioned how inspired they were after the event and how this event had positively impacted the way they looked at life and events in their own world! “We are going back with so much positive energy; and will bring our friends and family next time over, so that they  too can experience the utter life enhancing spectacle that has opened up a complete new world of possibilities for us all”.

The event culminated with an open discussion where people without disabilities wanted to understand how they could become more relaxed and comfortable when they interacted with disabled people! “Most of the time we just are not tuned to look beyond the disability, and here we are absolutely pleasantly amazed at the unparallel  strengths, abilities and humanness possessed by persons with disabilities…they are just like us”.

Not many were willing to go back home…but then every good thing must come to a beautiful end.

Fusion at Silver Linings take this opportunity to thank each one of the people who made this event such a roaring success with their great efforts and kind presence. We are deeply touched and honored.

Fusion closed with a promise to meet for the picnic in the end of January.

Find out more about Preeti Monga and her Silver Linings here. 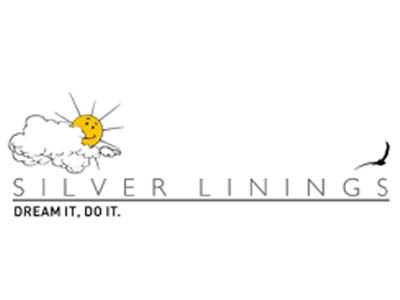 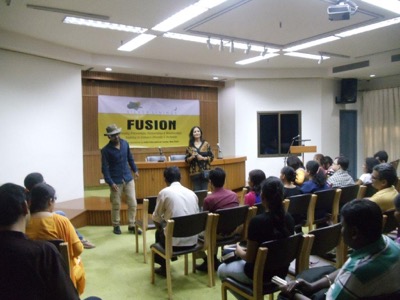 The Journey and Impact of the Fusion Events