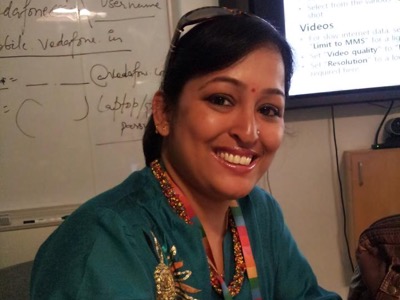 Bharti was born in a middle class family at Jaipur. An incident with her younger brother becoming handicapped pushed the family into a financial crisis, also hindered by her mother was paralyzed.

When Bharti was in 9th class, her father told her that he could not afford her education due to major responsibilities at home and his growing age. Bharti wanted to study and did not lose her hope and started stiching falls of sarees, managing to complete her 10th STD. However with time, her responsibilities increased and she had to take care of the family earnings and health expenses of her handicapped brother, ill mother and father. Her father had had an accident and due to vision issues he lost his job.

Now, alongside with stiching falls in sarees, she also started taking tutions and a part time job at Lingerie shop. It was not easy, as her personal safety become a challenge. Men working with her tried to abuse her, and she had to deal with a lot of abusive comments from relatives. She moved out of the house to work from home to home and at a lingerie shop, giving negative waves to her family who were asking her to get married.

She had a clear vision about her better future. Without hearing all the negative words, she stood strong and continued her studies as a non colliagite. After completing her graduation she started her career  from small outsourced bank; later working with Print Media Rajasthan Patrika and Dainik Bhaskar. With time her hard work paid off. Currently, she is working with leading Telecom MNC Vodafone as an Assistant Manager.

Her story does not end here; she always wished to support children who were facing issues in the society hence started community work from her teenage, volunteering with various NGOs. In 2013 she started an NGO named PraveenLata Sansthan by investing all her savings  and working at a grassroot level at  various slums and communities for Holistic Development of Child Welfare and Women Empowerment. She has educated over 11,500 girls on personal safety through workshops, 55,000 community people on the importance of saving girls, educating girls and stopping child marriages through roadshows and Nukkad nattak with the support of volunteers. She is also supporting more than 150 kids in their education, grooming and development from various slums.

As a Professional & Social Activist she has won many national and international awards for her contribution towards the society. She was the winner of the World of Difference Program by Vodafone Foundation in 2012, for working for Street Living Kids at Mumbai and is known as Ambassador for Vodafone Foundation. She is Ambassador for the International Girl Rising Campaign which was launched by US First Lady Micheal Obama and is promoting girl’s education in Rajasthan. Recently, she has been recognized by Hon. President Shri Pranab Mukherjee and Smt. Maenka Gandhi for her contribution towards society under the Women Empowerment category and Ministry of Women and Child Welfare Department – Government of India in association with Facebook as 100 Women Achievers Nationally under Women Empowerment Category. She is the State Chairperson of Women Economic Forum All Ladies League (Rajasthan). 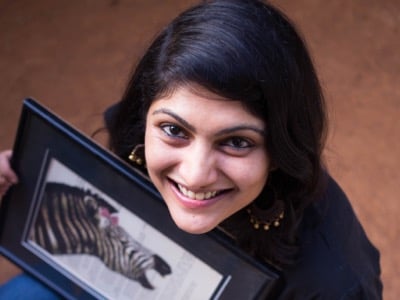