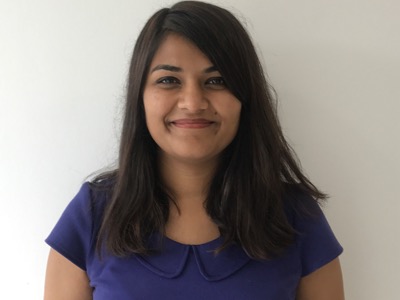 Hi. I am Akansha Goyal. I graduated in 2016 with a B.E. degree in Computer Engineering from College of Engineering, Pune. I have been working at Barclays Technology Centre India as a graduate analyst since then. I had interned with BTCI in 2015, after which they offered me a full time role.

While pursuing my Bachelors degree, I had co-founded my own bespoke shoe company – The Joota in 2016 where I was also playing the role of the COO. I was also a board member at Youth for Youth, Pune – a NGO started by college students in 2014. I was also an active participant at Inara (NGO, Dubai). I have published a research paper in IEEE Conference at Anna University, Chennai in 2016.

Prior to Pune, I lived in Dubai (UAE) where I have completed my senior secondary education. I was among the top 5% of the batch in HSC in 2012. I was House Captain in 2012 and Vice House Captain 2011 in school.

I am also an avid reader and a travel junkie. My hobbies also include art and crafts and dancing.