The move comes after a number of women claimed to have been groped by male passengers during flights. The restriction will apply to the front row on economy flights and will be released for lone female travelers who do not wish to sit next to a man.

From later this week, the six seats will be made available on the Airbus A320 aircraft on flights throughout India. The women-only seats could be extended to other flights in the year.

Single passengers will be able to request the seats when they check in, with no further costs.

“We feel, as national carriers, it is our responsibility to enhance comfort level to female passengers,”

“There are a lot of female passengers who travel alone with us and we will be blocking a few seats for them.”

Ashwani Lohani, the boss of Air India, told The Hindu newspaper of their plans:

“The move assumes significance, as it comes soon after an on-board incident in Air India’s Mumbai-Newark flight late last month where a flyer reportedly groped a woman co-passenger. During the flight, a business class passenger changed his seat to sit next to a female passenger in the economy class and allegedly groped her when she fell asleep.”

The airline is now one of the first in the world to offer women-only seats on its flights, but India already has several female-only compartments in trains, metros and buses.

The new seat sections garnered some reservation by local officials, including former Air India executive director Jitendra Bhargava who described it as a “misplaced priority”.

D. Sudhakara Reddy, national president of Air Passengers Association of India, said:  “It is an impractical move and will lead to gender discrimination. The airline should not go ahead with the plan,”

This isn’t the first controversial measure taken by the airline. Last year, it warned 600 of cabin crew to lose weight within six months or risk losing their jobs. 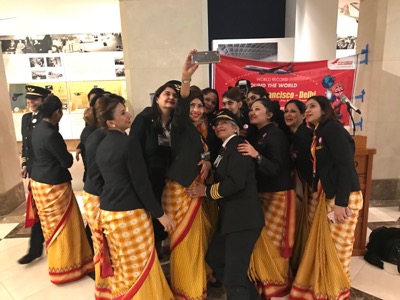