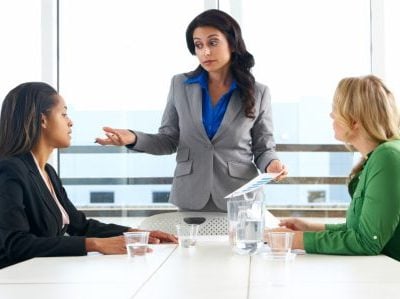 When analysing the Indian workforce, it is hard to ignore the glaring disparity of participation between men and women.

In comparison with its BRICS counterparts  (a grouping of comparable emerging economies of Brazil, Russia, India, China and South Africa) India has the lowest female workforce participation rate, with only 29% of women over the age of 15 working. This is among the lowest portion of women in the workforce in the world, and in Indian urban areas the statistics are even worse. “New analysis of data from the 2011 census shows only half as many urban women work as their rural counterparts.”*

“Few countries—including Iran, Pakistan and Saudi Arabia—do worse than India when it comes to women’s participation in the workforce. Others such as Somalia, Bahrain and Malaysia do much better.”**

So what is India Inc doing to improve gender diversity in the workplace?

India has the lowest female workforce participation rate, with only 29% of women over the age of 15 working.

For decades, in even the most forward-thinking and prestigious Indian organisations, employment ratios were exceedingly skewed towards men. But now, many corporates realise the importance of workplace diversity and are using many approaches and systems to increase their female work participation.

The new motto being heard across India’s corporate HR offices is “a woman for a woman”. When one of your female employees decides to resign, you hire a female as her replacement thereby ensuring your already low female employee percentage will not slip further. Additionally, the hope is this will incentivise woman to apply more freely to companies they once thought might be out of their reach.

Sodexo India, an engineering, procurement and construction maintenance company; and Pitney Bowes, a global technology company are examples of companies that are practicing this hiring process on regular basis.

Rohini Anand, senior VP and global chief diversity officer for Sodexo said, “We have come up with a new practice of replacing a woman with a woman. If we lose out on a woman employee, we will ensure that she is replaced by another woman employee so that we maintain our gender diversity. We will, however, not compromise on quality.” Additionally, Sodexo took their promise to grow diversity to another level by pledging to increase their total percentage of female employees from 16% currently up to 20% by the end of this financial year.

Another method adopted by some corporates to improve workplace gender diversity has been through role-based recruitment. According to Emrana Sheikh, VP – HR, international operations – AFS, Mahindra & Mahindra, “We have identified women friendly roles across AFS (automotive and farm equipment sectors) and hence while recruiting we first look for availability of women talent for these roles. Considering the dearth of experienced women candidates specifically in mechanical/electronics engineering fields, we have initiated hiring fresh female candidates from the campus as graduate apprentice trainees.”

… the hope is this will incentivise woman to apply more freely to companies they once thought might be out of their reach.

This is an impressive step, especially since these sectors historically have been severely lacking in female employment. Currently only 5% of the workforce in AFS M&M is female. With role based recruitment they hope to increase this number over the next three years – depending on the business scenario of course.

There are some critics of this new woman for woman hiring mantra. SHRM, a global association focused on human resource management, believes a practice of replacing women employees with women negates the whole idea of diversity. According to Dedeepya Ajith John, knowledge and research consultant, SHRM India, “This practice is a short term approach to ensure diversity within an organisation since it only looks at meeting numbers but not inclusion. If the hired woman candidate does not have the required credentials or skill-set, her team will not be supportive in her role, leading for mediocrity to creep into the system as well as impacting the business and team engagement levels.”

Acknowledging and addressing the need for programs to close the gender gap in India Inc’s workforce is the first step. Many companies are now feeling the urgency to enact female friendly recruitment programs, which is great. But further steps must be taken.

Internally, organisations must create platforms for women, such as mentoring programs, support systems and training to ensure that the “woman for a woman” hiring is not just about upping the numbers. Companies need to ensure the new female hires aren’t token hires, otherwise the perception that women are somehow not qualified enough to be equal in the workforce will never change.

Overall, great first steps India Inc, but let’s keep the momentum going and continue to push and ask for equality in the work place.

Laila Dastur
Laila Dastur Haksar is the Media Editor of WeAreTheCity India. Born and raised in Virginia, USA, Laila moved to Mumbai in 2005. Her work experience includes six years in Investment Banking and two years in Advertising and Branding. Currently, Laila writes weekly articles for WATC India as well as blogs about her experiences as a Work At Home Mom and expat in Mumbai. Follow Laila on: Twitter or Facebook.